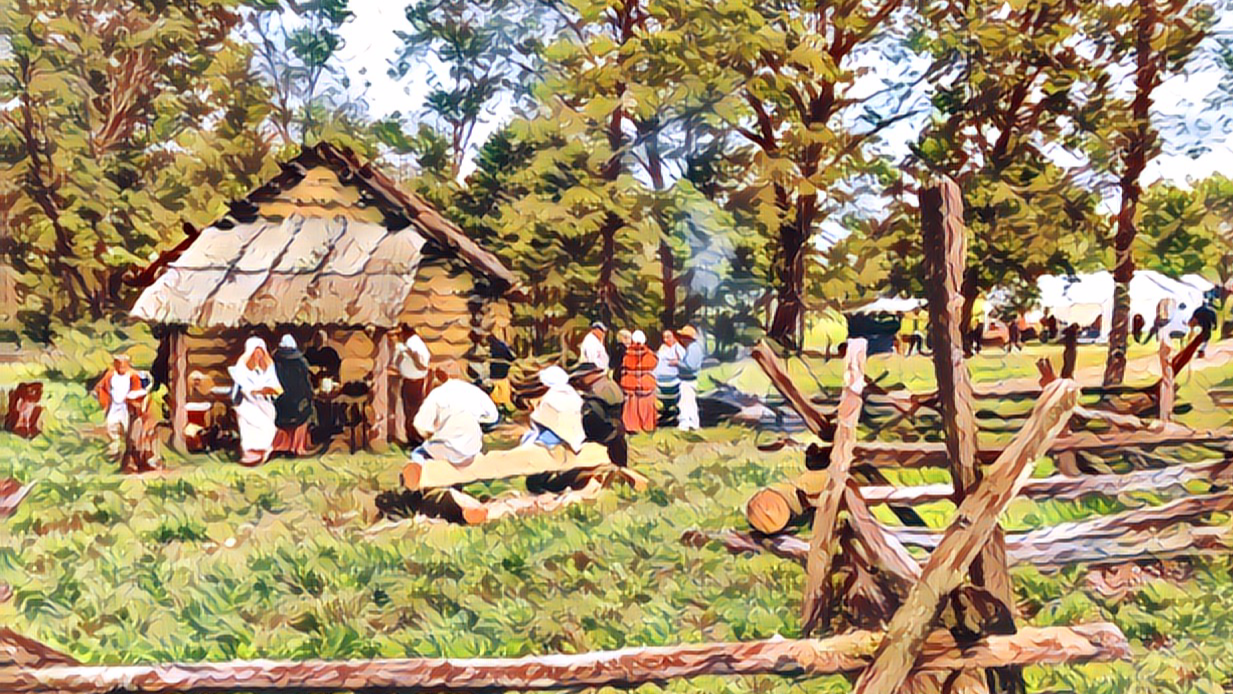 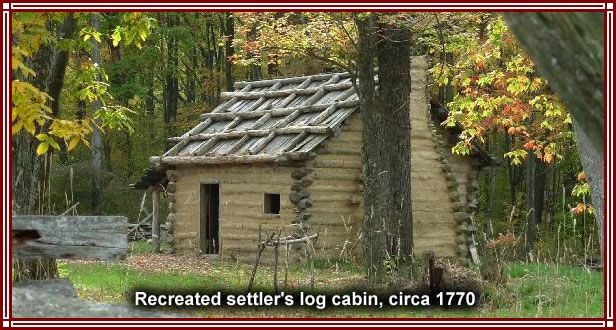 The recreated settler’s log cabin is typical of the kind of dwellings European and American settlers arriving in the region first built.  Log cabins provided early pioneers with cheap and effective shelter while they labored to clear fields, plant crops, and establish farmsteads.  Early settlers' cabins were simple affairs built quickly from materials located close at hand.  This particular cabin is a recreation built of un-hewn logs notched together at the ends to form a solid structure, the gaps between the logs being filled with pieces of wood plastered over with a mixture of clay and straw.

The roof employs a “weight pole” system consisting of split oaken clapboards held down by the weight of heavy poles laid upon them.  Nails, which were scarce and expensive in the late 18th century, were not employed in such a roof.  The interior of the cabin features a sleeping loft, a fireplace for heat and cooking, and an earthen floor – furnishings were sparse and simple.  The chimney was also built from logs and was lined with clay to prevent fires.  The cabin also features a lean-to stable for sheltering livestock.

These early cabins were not meant to be permanent structures.  They were designed to serve as temporary shelter for five to ten years, allowing the family time to establish a viable farmstead before they would be replaced by more elaborate permanent houses.