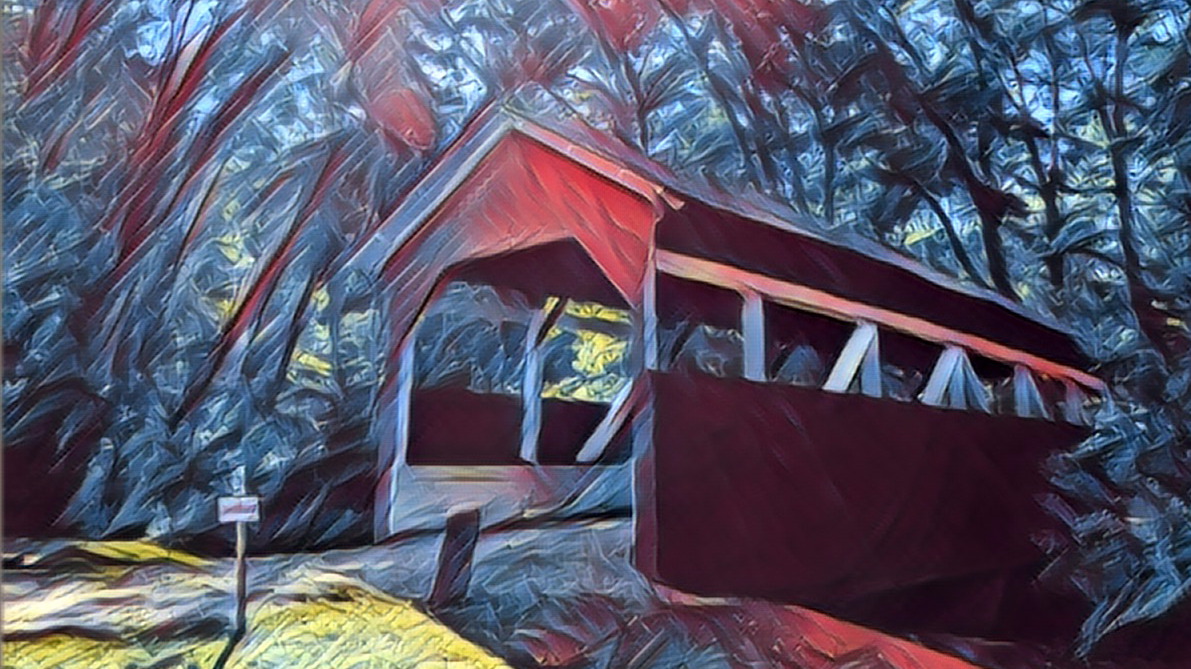 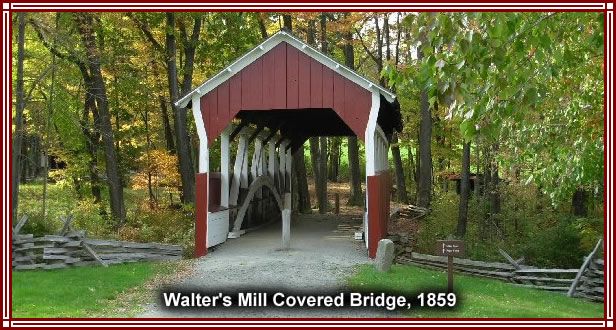 As the agricultural economy of southwestern Pennsylvania began to develop surplus commodities such as maple sugar, whiskey, and grain were shipped to markets in the cities to sell or trade for manufactured goods.  The condition of roads and bridges was of critical importance to the local economy.  In the early 19th century the covered bridge evolved to protect the bridge floor and its supporting structure from the elements. 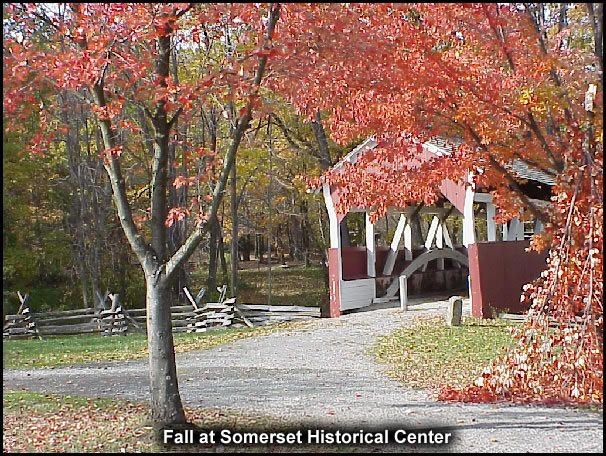 The Walter's Mill Covered Bridge was built in 1859 and originally crossed Coxes Creek, four miles south of the town of Somerset.  Major repairs were made to the bridge in 1909, at which time laminated wood arches were added to the bridge's original multiple kingpost truss system to accommodate heavier vehicles.  Overtaken by developments and threatened with destruction, the bridge was moved to the Somerset Historical Center in the early 1960s. Extensively restored in 1986, the bridge remains open to pedestrian traffic, a pleasant reminder of simpler times.